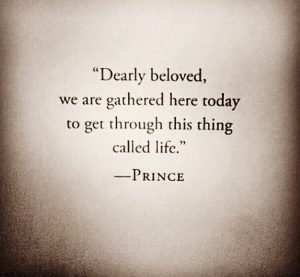 Prince was the fist artist I actively listened. I was 12.

I discovered music listening to Purple Rain, 1999 and Sign ‘o the Time.

He was my idol, for his music, the style and the message he brought to us.
I still remember most of his lyrics and can sing most of his songs.

Prince thought us that it’s ok to be ourselves, no matter what.

Trying to think of my favorite songs: Adore, Let’s go crazy, 1999,  Controversy, I would die 4 U, International lover, …

As I read my twitter, I thought I could save a few for you all:

In honor of Prince, an early look at next week’s cover, “Purple Rain”: https://t.co/lF0Nwyd7q8 pic.twitter.com/myN15OxsCO

A purple nebula, in honor of Prince, who passed away today. https://t.co/7buFWWExMw pic.twitter.com/ONQDwSQwVa

This site uses Akismet to reduce spam. Learn how your comment data is processed.